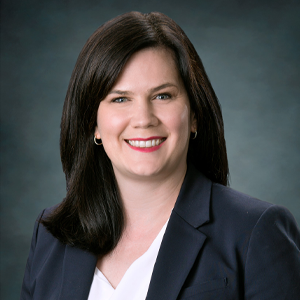 Melanie Bayley leads ATCO’s Electricity division, bringing extensive experience in the natural gas and electricity utility industries in Alberta and Canada’s north. She is accountable for the strategic and operational direction of the electricity transmission and distribution business in Alberta, the Yukon and Northwest Territories.

Ms. Bayley joined ATCO in 2000 as a natural gas System Planning Engineer, advancing to increasingly complex management and executive positions. In 2010, she was made the division’s Director, Regulatory & Pricing, followed by her 2014 appointment to Vice President, Regulatory. In 2015, she became Vice President, Innovation & Engineering, overseeing natural gas engineering and capital programs while fostering strategic decarbonization and energy transitioning plans. She was appointed as the global Chief Regulatory Officer for natural gas and electricity utilities in 2016, became the Senior Vice President & General Manager, Electricity, in 2019, then promoted to her current role in 2020.

Ms. Bayley holds a degree in Civil Engineering from the University of Alberta, is a member of APEGA and has completed the Richard Ivey School of Business’ Executive program at Western University. She lives in Sherwood Park, Alberta, with her husband and two children.